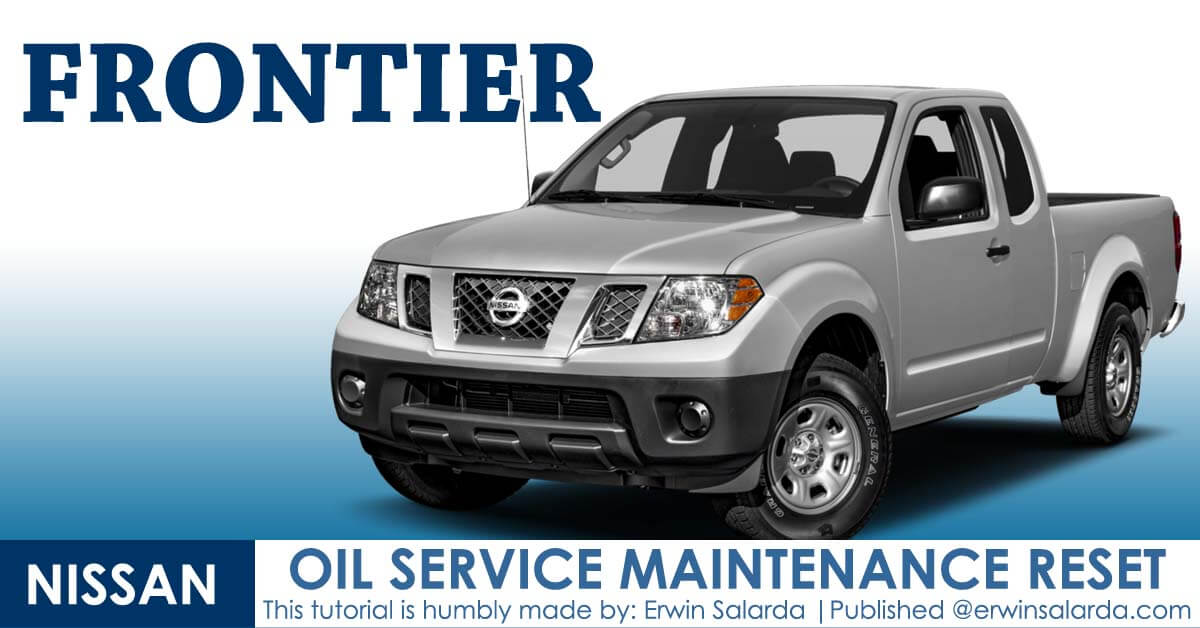 Reset the Maintenance Service Indicator Light on the Nissan Frontier

IF this tutorial fail please read how to reset the maintenance light on Nissan Navara.

Initially, the Frontier was considered a compact, but beginning with the totally redesigned model year 2005 Frontier (introduced at the 2004 North American International Auto Show), it became more mid-sized (as did rival Toyota Tacoma for this model year). It uses the new Nissan F-Alpha platform and exterior body styling resembles that of the company’s full-size Nissan Titan truck. In 2012 production was shifted from Smyrna, Tennessee to Canton, Mississippi.

Suzuki sold a Frontier-based mid-sized pickup produced by Nissan North America at the Smyrna plant.[28] The truck debuted at the 2008 Chicago Auto Show as the Suzuki Equator. For 2009 the Frontier received a face lift with more options, colors, and new wheels. The Nismo model was replaced by the PRO-4X model. Suzuki discontinued the Equator in 2013, as part of the shutdown of their American passenger car division.

Sales of the PRO-4X model continue in Mexico. (source:wiki)