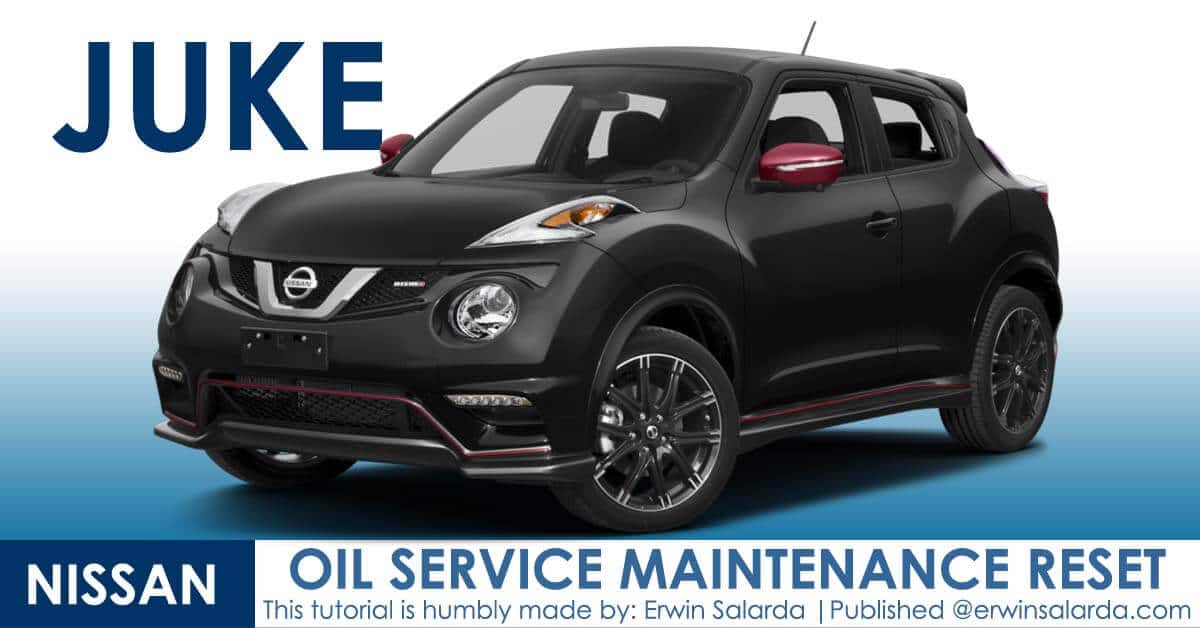 IF THE ABOVE TUTORIAL FAIL. PLEASE TRY THE TUTORIAL BELOW.

The Nissan Juke (Japanese:Nissan Jūku) is a subcompact crossover SUV produced by the Japanese car manufacturer Nissan since 2010. The production version made its debut at the 2010 Geneva Motor Show in March, and was introduced to North America at the 2010 New York International Auto Show to be sold for the 2011 model year. The name “juke” means to dance or change directions demonstrating agility.

On 11 February 2009, Nissan announced that the model would go into production at the Nissan Motor Manufacturing UK (NMUK) plant in Sunderland, United Kingdom, during 2010 following its appearance as the Nissan Qazana concept car at the 2009 Geneva Motor Show. The Sunderland plant (NMUK) manufactures for the European market, Australia and New Zealand, while Nissan’s facility in Oppama, Japan, produces the vehicle for all other countries. Both Sunderland and Oppama are suppliers of the all-wheel drive variant. The car was launched in the UK on 24 September 2010.

In Japan, where the car was launched on 9 June 2010, orders totalled 10,943 units in its first month, surpassing Nissan’s monthly target of 1,300. By 5 October 2010, Japanese sales had increased to 20,000 while European and US figures also exceeded expectations with orders for 30,000 and 17,500 cars taken for the respective markets. The Juke is sold in China as the rebadged Infiniti ESQ. At the 2014 Geneva Motor Show, Nissan unveiled the revised Nissan Juke for 2015 model year, which went on sale in the summer of 2014. On the exterior, the revision is basically limited to LED Daytime Running lights in front, new front and rear bumper styling and a few new colour schemes. While new standard equipment includes a rear-view camera, keyless go and Bluetooth hands-free phone system.

A NISMO version powered by an uprated variant of the standard 1.6-litre turbo joined the lineup for the 2013 model year and was followed by a NISMO RS for the 2014 model year. (source:wiki)