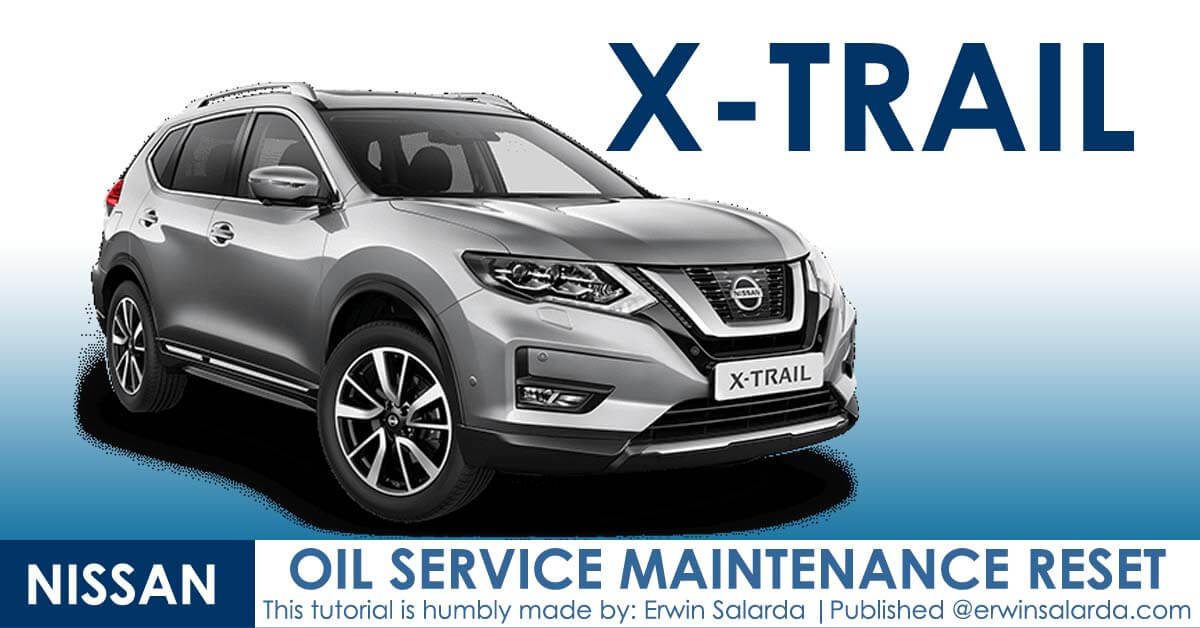 When changing the Oil you must reset the DISTANCE.

This tutorial may also work for Nissan Rogue.

The Nissan X-Trail is a compact crossover SUV produced by the Japanese automaker Nissan since 2000. In third generation, it is a three row SUV.

It was one of Nissan’s first crossovers and was released about the same time as several other companies’ competing car-based crossovers, including the Ford Escape and its Mazda Tribute sibling, the Toyota RAV4, Honda CR-V, Hyundai Tucson and its modern sibling the Kia Sportage, as well as the compact body-on-frame Suzuki Grand Vitara before third generation. The X-Trail is positioned below the truck-based Xterra and Pathfinder. The second generation X-Trail shares its platform with the Rogue, which is very similar to the Qashqai.

The X-Trail’s All-Mode 4×4 transmission transfer case enables the driver to select between 2WD, 4WD or 4WD Lock through an electronic switch on the dashboard. Nissan currently offers a hydrogen fuel cell model named the X-Trail FCV on lease to businesses.

The main production plant of the X-Trail is in Kanda, Fukuoka, Japan. Parts and engines that are produced in Japan are also assembled by other Nissan plants in numerous countries.

The X-Trail was never offered by dealerships in the United States. The first generation was available in Canada until it was replaced by the Rogue. Both the X-Trail and the Rogue are sold in Mexico. (source:wiki)