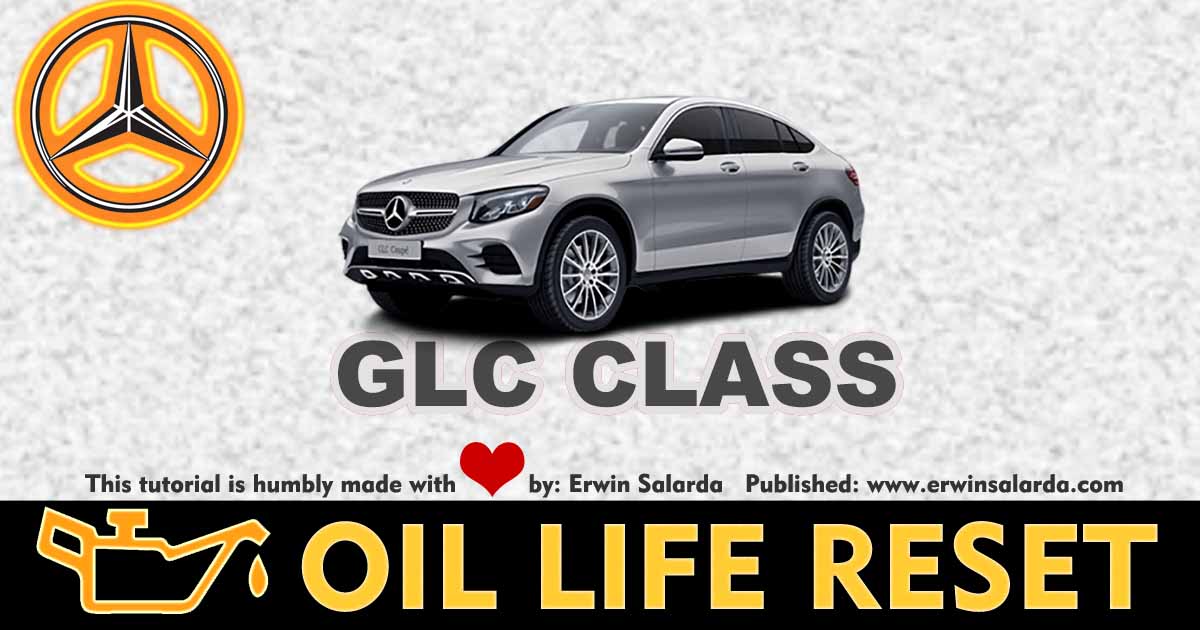 Step by step tutorial on how to reset the oil service maintenance reminder indicator message light on Mercedes-Benz GLC-Class from the year 2015-2016-2017-2018-2019.

THIS TUTORIAL MAY WORK TO THE FOLLOWING ENGINE

Under the vehicle naming scheme maintained by Mercedes-Benz, SUVs use the base name “GL”, followed by the model’s placement in Mercedes-Benz hierarchy. The “G” is for Geländewagen (German for off-road vehicle) and alludes to the long-running G-Wagen. This is followed by the letter “L” that acts as a linkage with the letter “C”—the GLC being the SUV equivalent to the C-Class.

The GLC, like its predecessor, began assembly at Mercedes-Benz’s plant in Bremen, Germany. Since the main GLC production site in Bremen already runs at full capacity, Mercedes-Benz have decided to expand the production capacity by utilizing Valmet Automotive plant at Uusikaupunki, Finland The manufacturing of the GLC started in Finland during Q1 of 2017.

The GLC-Class is available in a five-door hatchback bodystyle with seating for five. Mercedes also offers a GLC Coupé, with four doors. In mainland Europe it is available with three diesel engines, three petrol engines, and a plug-in hybrid. Meanwhile in Britain only three diesels and one petrol AMG-model are offered.

In the German home market, the GLC 250 4MATIC petrol version is joined by GLC 220d 4MATIC and GLC 250d 4MATIC diesel versions along with a plug-in hybrid version called the 350e. In North America, only the GLC 300, GLC 43 AMG and GLC 63 AMG are available.

Daimler is operating a test fleet of fuel cell powered GLC models, dubbed GLC F-CELL, which will enter production in 2018.