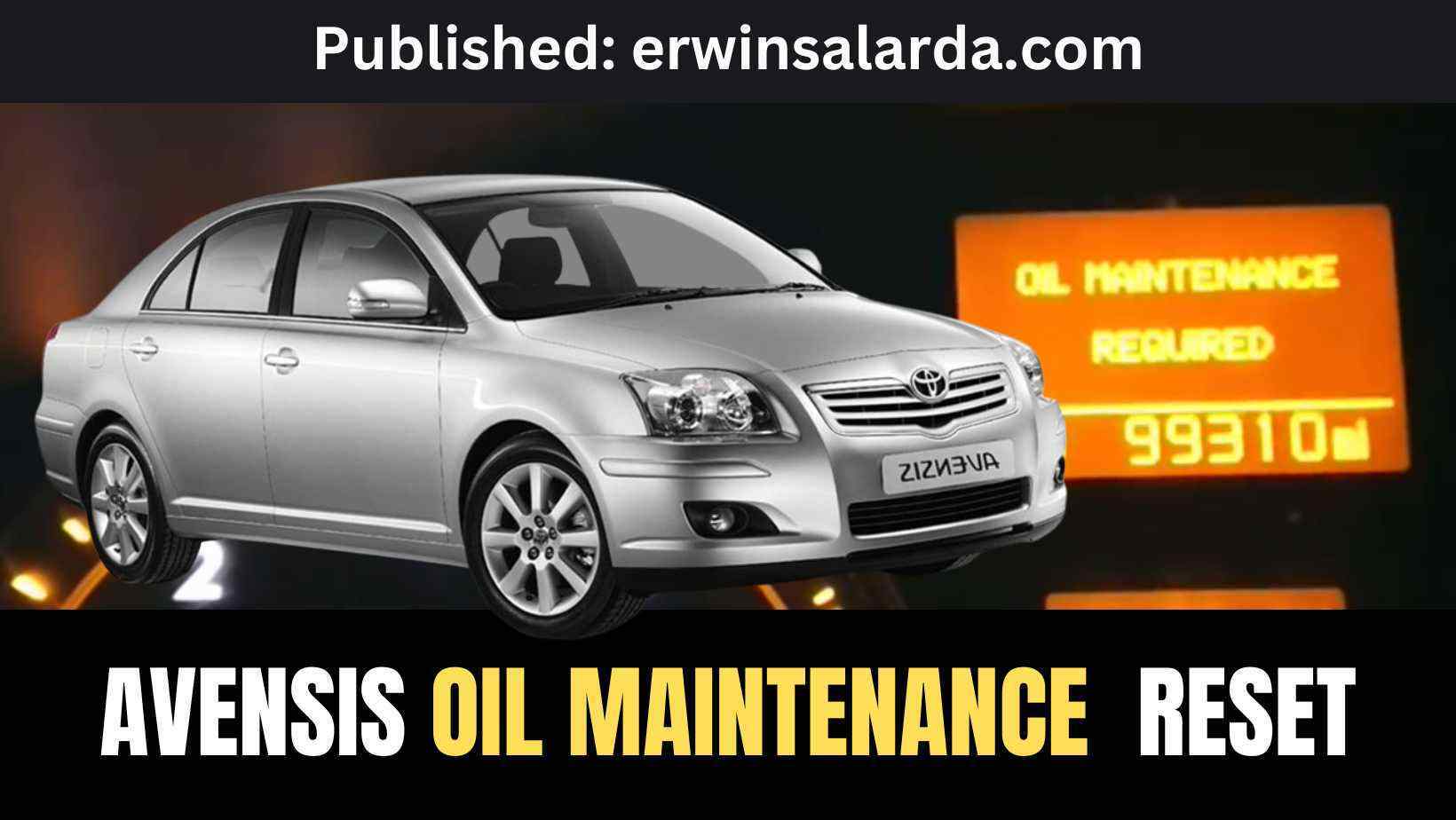 Hello! have a good day everyone. Erwin is here. We have now another tutorial about on how to reset the OIL MAINTENANCE REMINDER in Toyota Avensis. The procedure is very easy.  Please follow my step by step tutorial below for your reference.

NOTE:  Do not reset the OIL MAINTENANCE REMINDER without performing the OIL CHANGE to your TOYOTA AVENSIS. 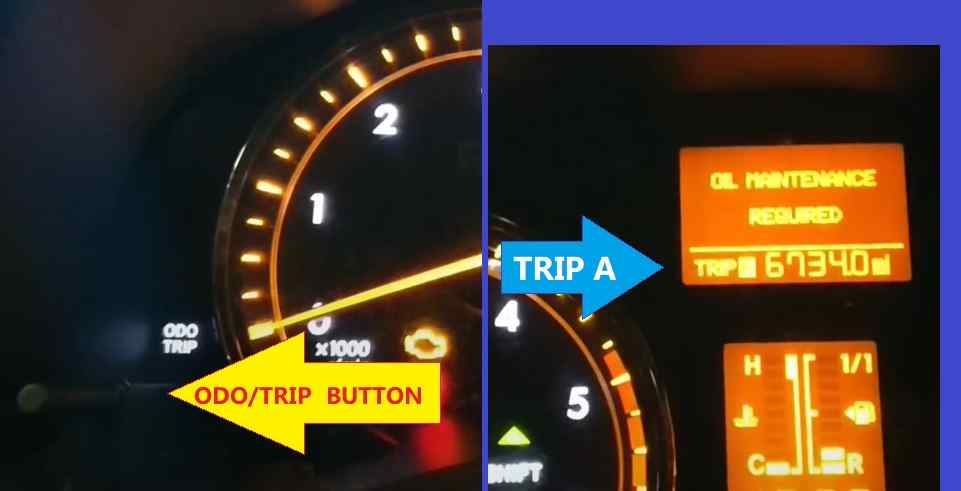 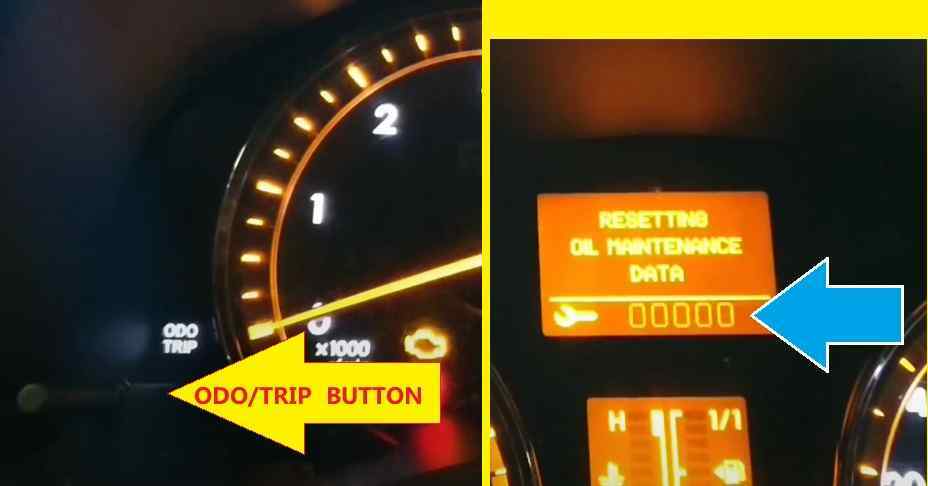 The Toyota Avensis is a mid-size/large family car built in Derbyshire, United Kingdom by the Japanese automaker Toyota from October 1997 to August 2018.

The Avensis was introduced in 1997, to create a more modern name when compared with the Carina E. The “Avensis” name is derived from the French term avancer, meaning “to advance” or “move forward”.

The Avensis was not sold in North America, and it is related to the Scion tC coupé.

A large MPV called the Avensis Verso (Ipsum in Japan and previously the Picnic in other markets) was built in Japan on a separate platform.

Toyota introduced the Avensis nameplate on its new model, which was launched at the end of 1997.

The first generation Avensis had the option of four engines (1.6-, 1.8- and 2.0-litre petrol and a 2.0-litre turbo-diesel) and three body styles (saloon, hatchback and estate).

The first generation Avensis received a facelift in August 2000.

The engines were fitted with variable valve timing, satellite navigation was included as a standard feature along the range and the sporty Avensis 2.0 L SR (with body kit and tuned suspension) was added but overall sales remained low.

The first generation Avensis was also sold in South America.

In Greece, the Toyota Corona model name had long been synonymous with “taxi”, so Avensis’ sold for taxi use received “Toyota Corona” badging until the 2000 facelift.

Models for private use and post-facelift taxis were Avensis, just like in the rest of Europe.

The second generation Avensis was launched in February 2003, in an all new format; this time it offered more in the way of driver involvement and visual appeal.

Following the withdrawal of the Camry in 2004 (2005 in Switzerland), the Avensis became the largest Toyota saloon sold in Western Europe.

This is first and only generation of Avensis sold in Egypt and Morocco, not in Persian Gulf countries.

In the 2004 European Car of the Year contest, the Avensis came in fourth place behind the Fiat Panda (winner), Mazda3 (second) and the Volkswagen Golf (third).

In 2006, the Avensis received a mid-career facelift.

Toyota describes the cosmetic changes as strengthening the family connection with the Corolla and Yaris, and allowing the Avensis to maintain a premium look while giving it a sportier appearance.

In 2003, the Avensis became the first Japanese vehicle to receive a five-star rating under the Euro NCAP’s redone testing, with 34 total points it also became the highest rated vehicle they had tested.

In 2003, the Avensis also became the first vehicle sold in Europe with a knee airbag.

The 1.6-, 1.8- and 2.0-litre petrol and 2.0-litre turbo-diesel engines were carried over from the previous Avensis, and the 2.4-litre four-cylinder from the Camry was also added to the range.

The third generation Avensis was revealed at the 2008 Paris Motor Show.

The third generation Avensis full-year sales goal was of 115,000 vehicles.

The Avensis continued to use front MacPherson struts and rear double wishbones.

Unlike the previous generation Avensis models, there is no five door hatchback body style in this lineup, in favour of saloon and estate body styles.

The Avensis wagon began being imported again to Japan in mid-2011, with 2.0-litre 4-cylinder engine and CVT transmission in Li and Xi variants.

The Avensis wagon was discontinued in Japan on 27 April 2018.The Avensis underwent a facelift in January 2012.

On 2 August 2010, it was announced the British Touring Car Championship’s NGTC prototype car would be built around the Toyota Avensis.

The Avensis was used by Speedworks Motorsport, driven by Tom Ingram, until the end of the 2018 season.

The Avensis was discontinued in the United Kingdom in August 2018 and across Europe in late 2018.

The Avensis Verso was a large MPV introduced in 2001 using the Avensis nameplate, with room for seven occupants and only initially available with 2.0-litre engines.

I am hoping this tutorial will work on your Toyota Avensis. Thank you very much for visiting my website. -Erwin Salarda

This site uses Akismet to reduce spam. Learn how your comment data is processed. 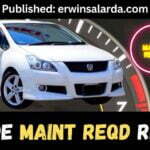 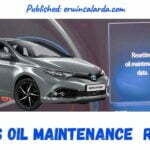