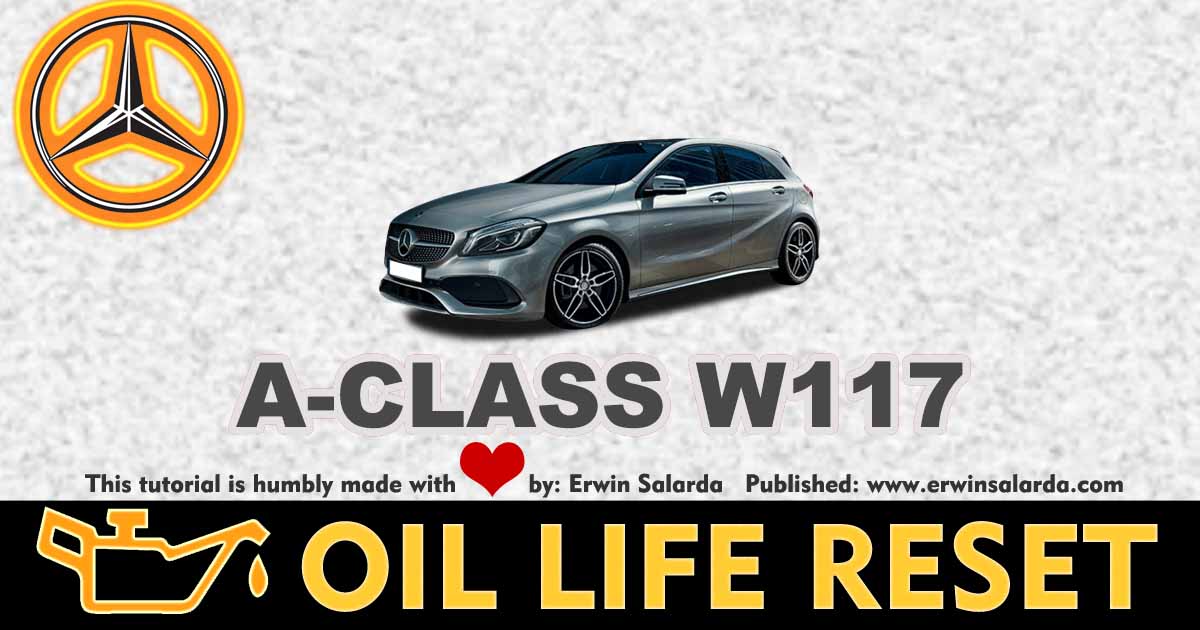 Simple tutorial on how to reset the oil service maintenance reminder indicator message light on Mercedes-Benz A-Class W117 from the year 2018-2019-2020.

The W177 Mercedes-Benz A-Class is the fourth and current generation of the A-Class range of subcompact executive hatchbacks and sedans. It was launched in 2018 as the successor to the W176 A-Class, with sales commencing in March 2018.The available bodystyles include:

It is sold in Europe and Canada, in hatch form.

The A-Class hatchback officially debuted at the 2018 Geneva Motor Show. It is based on the front-wheel drive MFA2 (Modular Front Architecture) platform and features front MacPherson struts, and rear torsion beam suspension on lower end models or a multi-link rear suspension on A250 models.

All models feature the new Mercedes-Benz User Experience (MBUX) infotainment system with a redesigned touch interface and voice-controlled smart assistant that is activated by saying “Hey Mercedes”. MBUX also contains what3words functionality as standard. It is also able to offer quick shortcuts to menus based on the past habits of the user. The system is also optionally available with an augmented reality navigation system that records and displays directional arrows on the road in the navigation system.

Standard models feature two 7-inch displays for the instrument cluster and MBUX screen, and can be upgraded to a 10.25-inch display with touchpad controls,[21] real-time traffic information, and traffic sign recognition.[22] Other available options include Apple CarPlay and Android Auto,[23] ambient lighting, a head-up display,[24] and the use of a smartphone to lock or unlock the car via NFC.