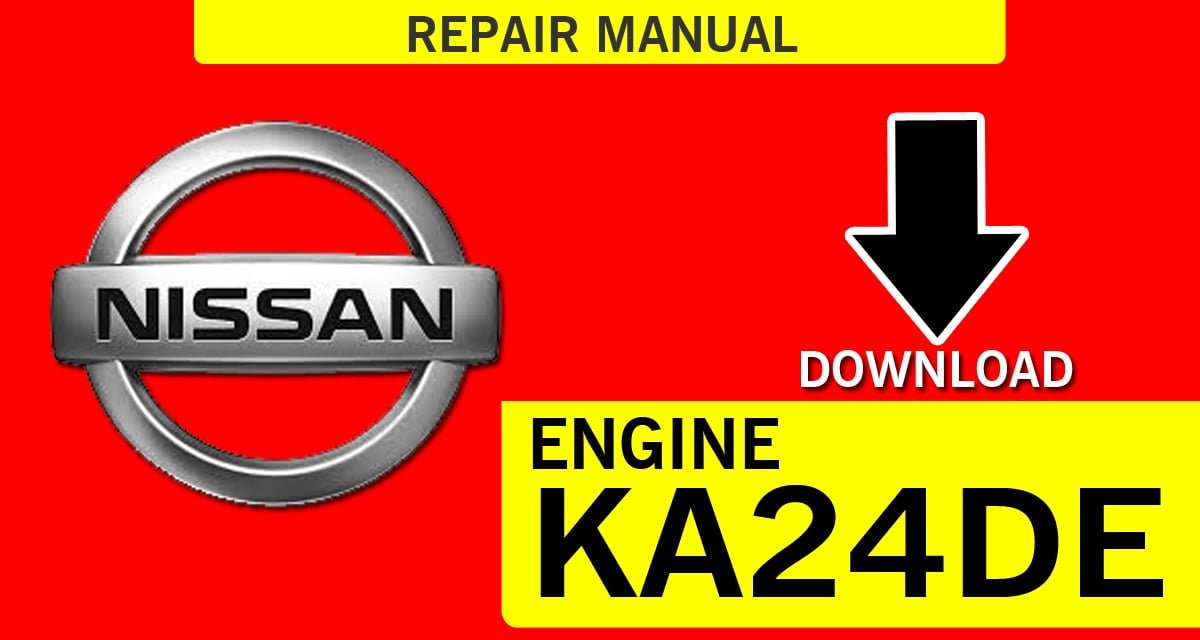 The 2.4 L (2,389 cc) KA24DE was used in many Nissan cars and trucks. Most KA24DEs bound for the US were built in the city of Aguascalientes, Mexico, with the exceptions of the 240SX, 1994-97 Altima (re-badged Bluebird SSS), and the U13 Bluebird released in Australia with FWD configuration, which were manufactured in Yokohama, Kanagawa, Japan. The KA24DE is very similar to the KA24E. The KA24E is SOHC with three valves per cylinder actuated by rocker arms, and the KA24DE is DOHC with 4 valves per cylinder and shim-over-bucket valve actuation.

Design improvements of the dual cam engine include the use of a knock sensor, larger diameter girdled main bearings in the Japanese block, different oil pan (not interchangeable between Japanese and Mexican blocks), different oil pickup (front pickup on Japanese block and side on Mexican block), dipstick location (toward the rear of block on Mexican and mid block on Japanese) and piston oil squirters. In addition to the increased power and torque, the KA24DE has a higher redline than the KA24E.

KA24DE-A is an Altima specific model of the KA24DE. The head and block are non-interchangeable between all other models and are uniquely cast for front-wheel drive operation.

Differences in the Japanese block to Mexican are also present. The Mexico blocks (all DEs except those found in the S series) implemented a distributor and oil pump drive similar to the L series; from the crank nose. They also used a single row chain for the upper timing assembly without a valve cover mounted guide.

In addition to this, they removed the rearmost cam journal in the Mexico head. The crank rides on individually capped bearings with a slightly smaller diameter than the Japanese block, with shorter, slightly lower compression pistons in cylinders that have thicker walls than the Japanese DE. They retained the knock sensor and piston oilers.