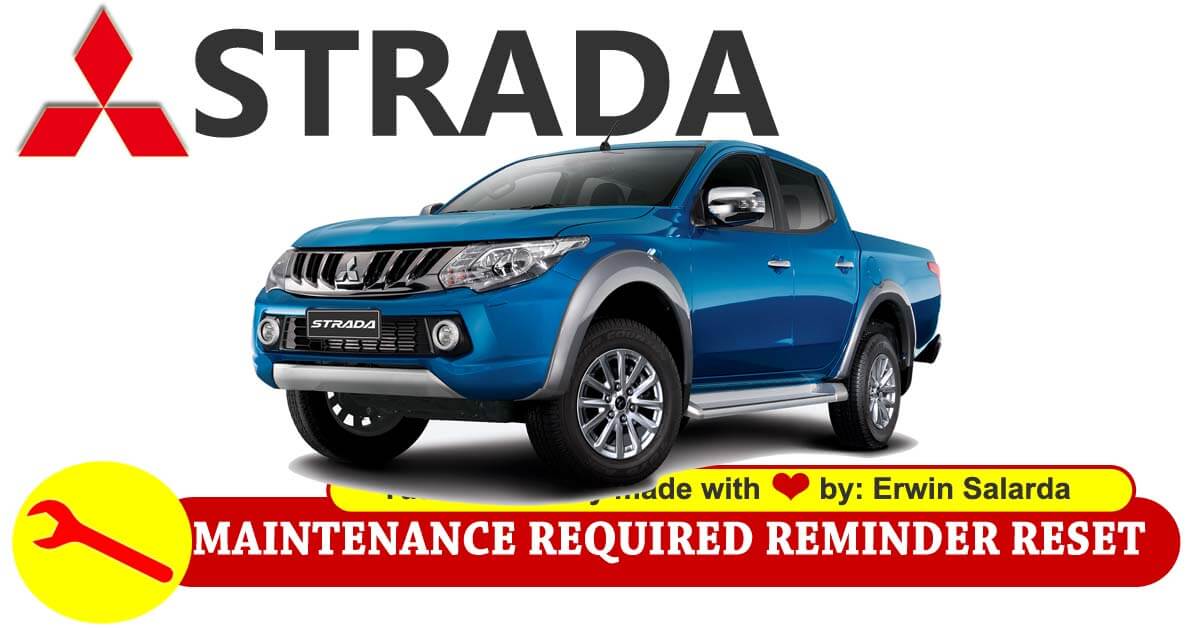 NOTE: RESET ONLY THE SERVICE REMINDER AFTER THE OIL CHANGE.

This tutorial may work to the following car model

The Mitsubishi Triton is a compact pickup truck produced by Mitsubishi Motors. In Japan it was originally known as the Mitsubishi Forte and from 1991 as the Strada. In the United States Chrysler Corporation sold captive imports as the Dodge Ram 50 and Plymouth Arrow truck, and Mitsubishi marketed it as the Mitsubishi Mighty Max until 1996.

For most export markets the name L200 is usedthough it also been known as the Rodeo,Colt, Storm, Magnum, L200 Strakar (badge used in Portugal since 1999, Strakar is a portmanteau of Strada and Dakar), and others.

Cumulative sales of the first three generations exceeded 2.8 million units around the world.

Currently the pickup truck is sold in every available Mitsubishi market except the United States, Canada, Japan, India and China. In Japan, it was previously sold at a specific retail chain called Car Plaza.

The Dodge Dakota-based Mitsubishi Raider is unrelated to the Mitsubishi Triton.