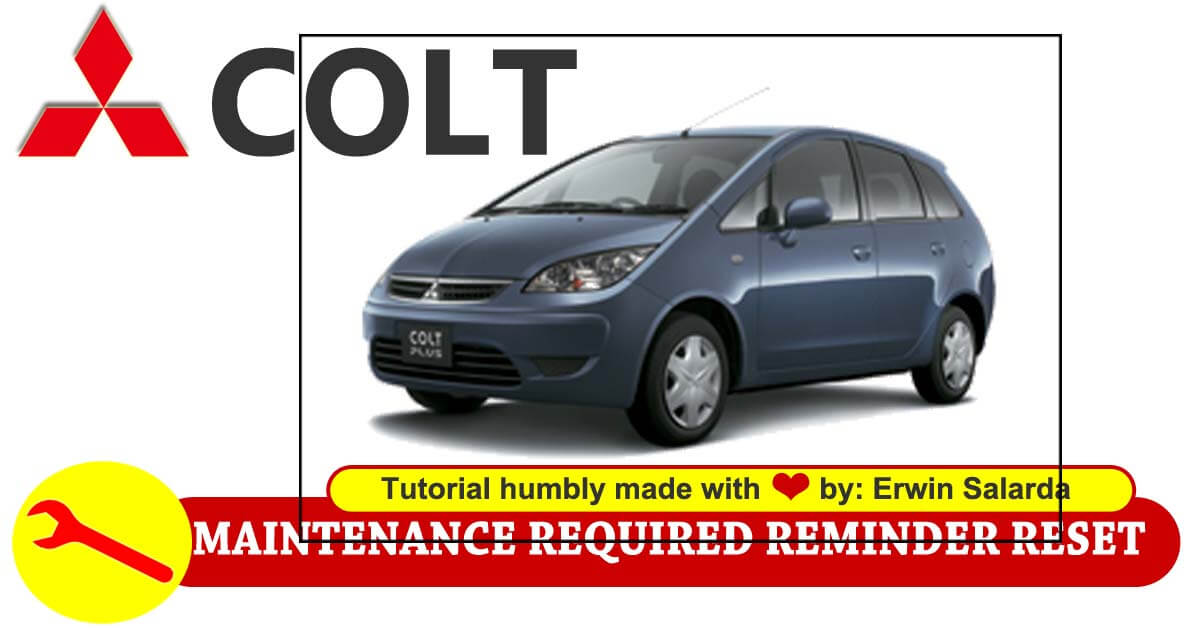 NOTICE: RESET ONLY THE SERVICE REMINDER AFTER THE OIL CHANGE.

Mitsubishi Colt is a nameplate from Mitsubishi that has been applied to a number of automobiles since 1962. It was first introduced with a series of kei and subcompact cars in the 1960s, and then for the export version of the subcompact Mitsubishi Mirage between 1978 and 2002. Chrysler, Mitsubishi’s longtime partner, also used the name when applying its long-running practice of rebadging Mitsubishi vehicles as the Dodge and Plymouth Colt captive imports for the North American market between 1970 and 1994.

The most recent version was a subcompact model manufactured between 2002 and 2013, sold under the Colt name internationally. Mitsubishi replaced this series in 2013 with a new generation which reverted to the Mirage name.

In addition to these small cars, “Colt” in the Mitsubishi vernacular has been used for unrelated vehicles of various forms as discussed below. The name has also been disaffiliated from Mitsubishi as an independent marque in some markets.(source:wiki)