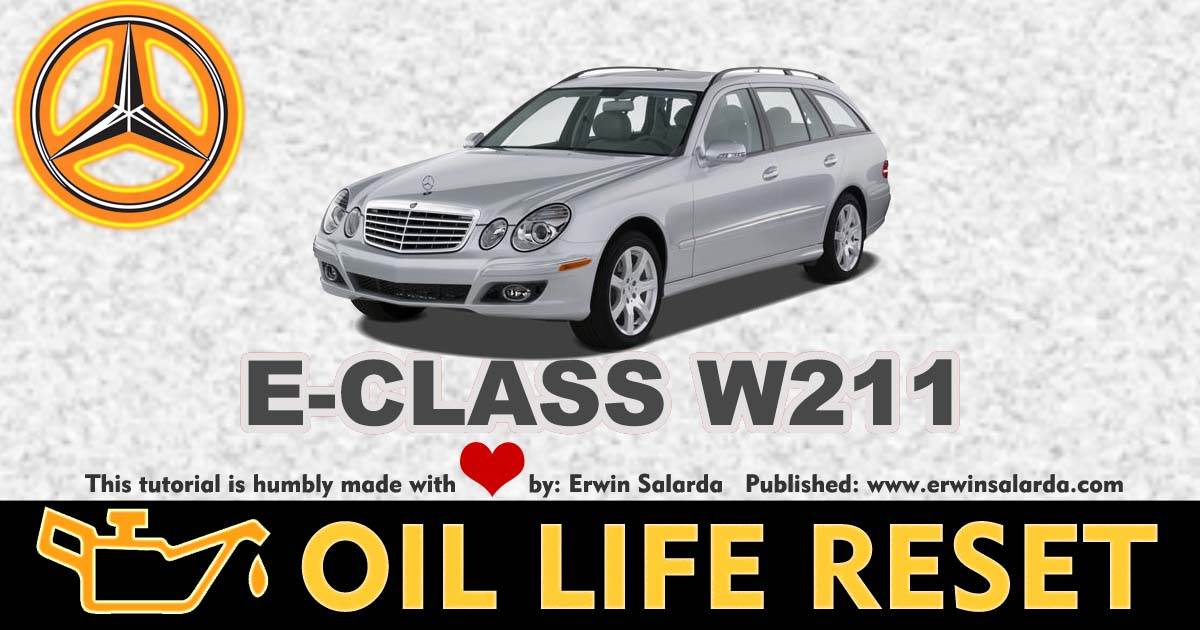 THIS TUTORIAL MAY WORK TO THE FOLLOWING ENGINE MODEL

Launched in 2002 for the 2003 model year, the W211 E-Class was another evolution of the previous model. Before North American sales began, the car was shown in the 2002 movie Men in Black II. The W211 development program began in 1997, followed by design work. The final designs were chosen in 1999 and German patents were later filed on December 18, 2000 utilizing an E 500 prototype. Development ended in 2001 after 48 months, at a total cost of €2 billion. Pilot production went into testing in the summer of 2001, the W211 E-Class debut at the Brussels Motor Show in January 2002. (source:wiki)