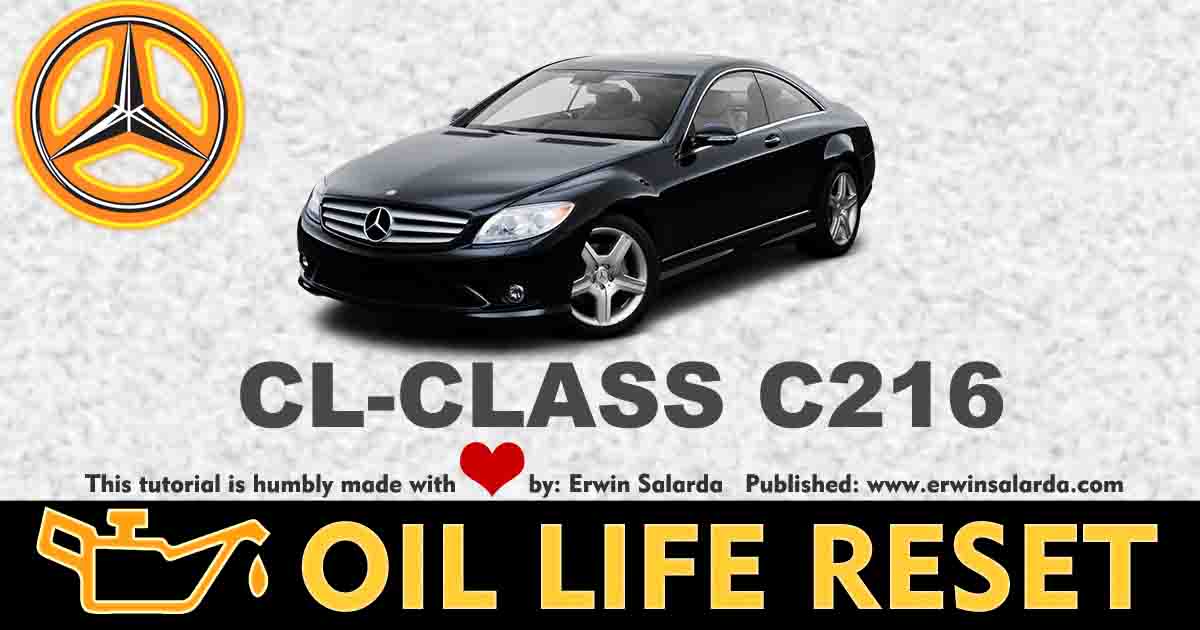 The Mercedes-Benz C216 is the last generation for the grand tourer Mercedes-Benz CL-Class. It replaced the C215 platform. In 2014 it was replaced by the C217 S-Class Coupe.

After 6 years of development, the new model was officially unveiled at the end of June 2006 and was presented at the 2006 Paris Salon. Like its predecessors, the C216 has no B-pillar interrupting the sleek curve of the side windows. The W216 is offered in four models, each with its own engine and transmission, the 5.5L V8-powered CL 500 (available with 4MATIC all-wheel drive, which is standard in Canada and the USA), the high-performance 6.2L V8-powered CL 63 AMG (with optional performance package variant) and the ultra-luxury twin-turbo 5.5L V12-powered CL 600 and, lastly, the CL 65 AMG with a twin-turbo 6.0L V12 engine. The CL 500 is sold as the CL 550 in some markets (including the U.S.). The class is based on the chassis of the W221 S-Class, which shares the same powertrains, although there are V6 and hybrid engines for the S not available for the CL. The two-door coupé weighs 2,045 kg (4,508 lb), being heavier than the equivalent S saloon, and rides on a full-size 116.3-inch wheelbase (albeit 8.2 inches less than the long-wheelbase S-Class, which is the only S-Class sold in the U.S.). Despite its large size, rear-seat legroom is limited in keeping in the tradition of 2+2 luxury coupés, though CL has more rear passenger space than its rivals. The CL’s trunk is as large as that of the Audi A8 flagship saloon.

The C216 makes use of the Distronic Plus cruise control, which debuted on the 2007 S-Class. This system is able to bring the car to a complete stop, and accelerate again to the pre-set speed, to keep a pre-set distance away from the car ahead of it. This Mercedes-Benz CL has also debuted with the new Active NightVision program that enables drivers to view the conditions in front of the car despite the dark surroundings.