HOW TO RESET: Mazda CX-9 Oil Change Service Due 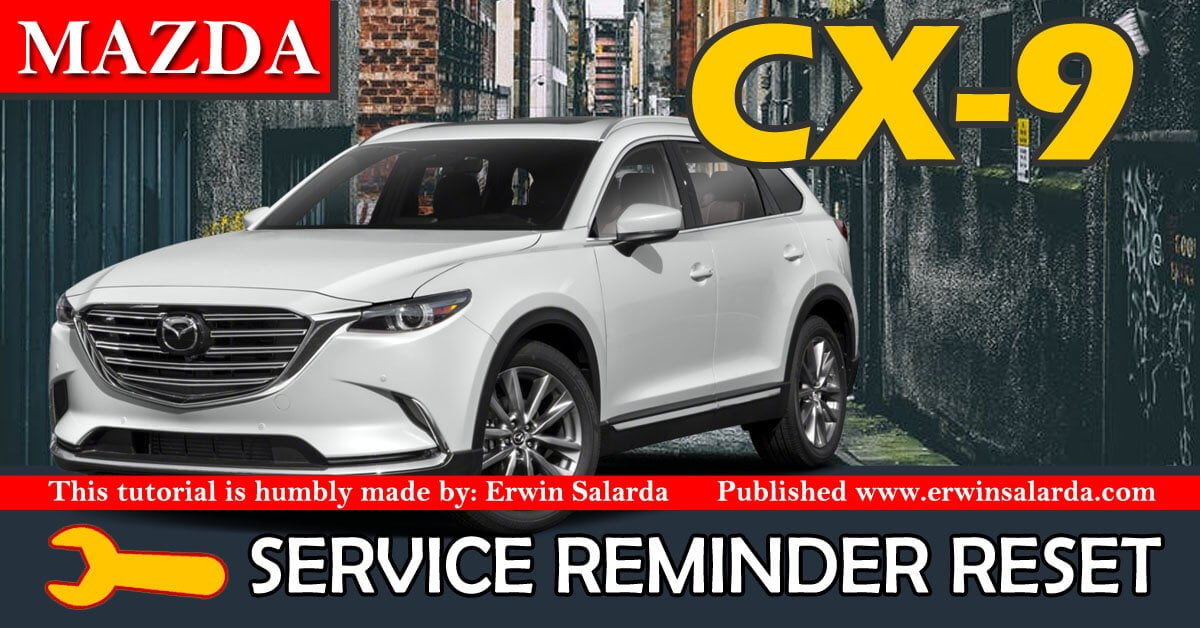 IF THE ABOVE TUTORIAL IS NOT APPLICABLE TO YOUR MAZDA CX-9  MODEL. PLEASE FOLLOW THE INTRUCTION BELOW.

The Mazda CX-9 is a mid-size crossover SUV manufactured since April 2006 by Mazda in Japan, at its Ujina #1 plant in Hiroshima Prefecture.

Despite being built in Japan, the CX-9 is not sold in Japan’s domestic market, as it exceeds a major threshold in the Japanese dimension regulations and the engine displacement obligates a large annual road tax bill. Instead, the smaller Mazda CX-8 is sold in the Japanese market.

The first generation CX-9 was originally fitted with a 3.5 L Ford V6 engine, but, in 2008, the engine was changed to a 3.7 L unit producing 204 kW (274 hp) and 366 N⋅m (270 lb⋅ft) of torque. This engine was coupled with a six speed automatic transmission. The first generation is based on the Ford CD3 platform that is shared with many Ford and Mazda models; the Ford Edge is its close mechanical sibling. It was launched at the 2006 New York International Auto Show.

At the 2015 Los Angeles Auto Show, Mazda revealed the second generation CX-9, nine years after the previous version launched. The 2016 Mazda CX-9 is brand new, and is based on the SkyActiv platform and engines that are shared with new Mazdas introduced after 2011.

The new exterior design follows Mazda’s Kodo design philosophy. It is shorter than before, but rides on a longer wheelbase, resulting in shorter front and rear overhangs. Weight is also down 90 kg (198 lb) in FWD and 130 kg (287 lb) in AWD versions.