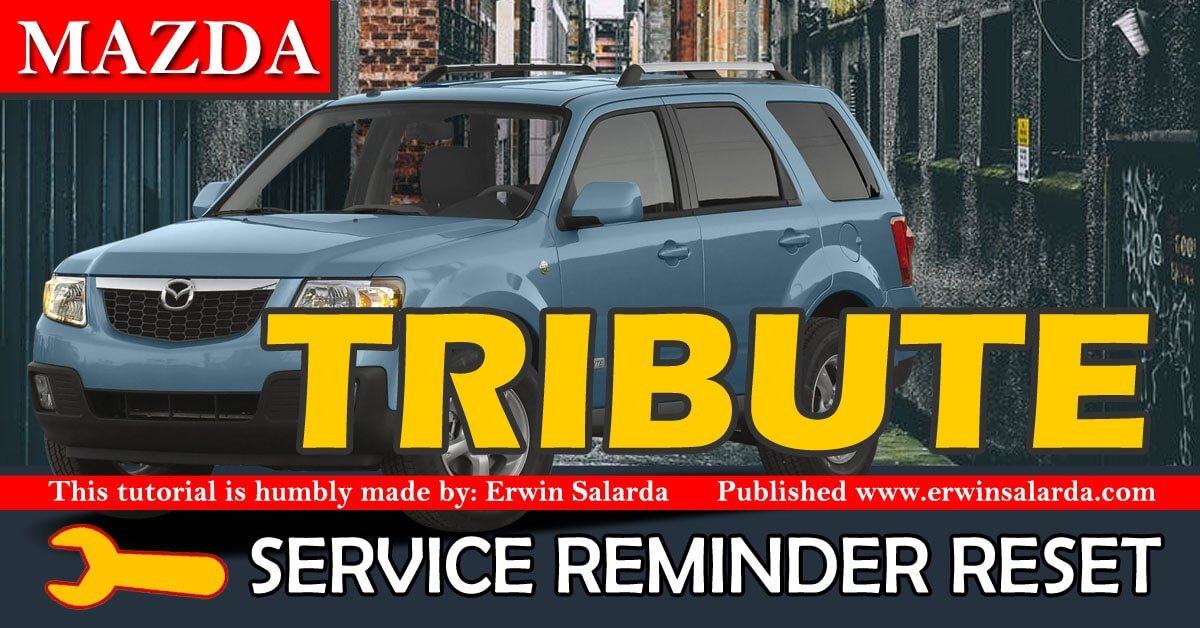 IF THE ABOVE TUTORIAL FAIL PLEASE FOLLOW THE INSTRUCTION BELOW.

The Mazda Tribute is a compact SUV made by Japanese automaker Mazda from 2000 to 2011. It was jointly developed with Ford Motor Company and based on the front-wheel drive Mazda 626 platform, which was in turn the basis for the similar Ford Escape on the CD2 platform. The Tribute was priced below the Ford Escape and Mercury Mariner in Ford’s CD2 SUV lineup.

The Tribute and Escape debuted in 2000, offering front or all wheel drive and a choice of a transversely mounted 2.0 L Ford Zetec 4-cylinder engine or 3.0 L Ford Duratec V6. Ford Escape was also sold as the Ford Maverick in Europe with a Ford 2.0 L I4 Zetec engine with manual transmission, or 3.0 L Duratec coupled to automatic transmission.

One main difference between the Tribute and the Ford Escape/Maverick is that the Tribute’s suspension is tuned for a firmer ride than the Escape/Maverick, in order to correspond with Mazda’s sporty image. As Mazda had offered “spiced up” models in other segments such as the Mazda 3 and CX-7, the utilitarian Tribute was replaced by the more aggressively styled Mazda CX-5 in North America.(source:wiki)