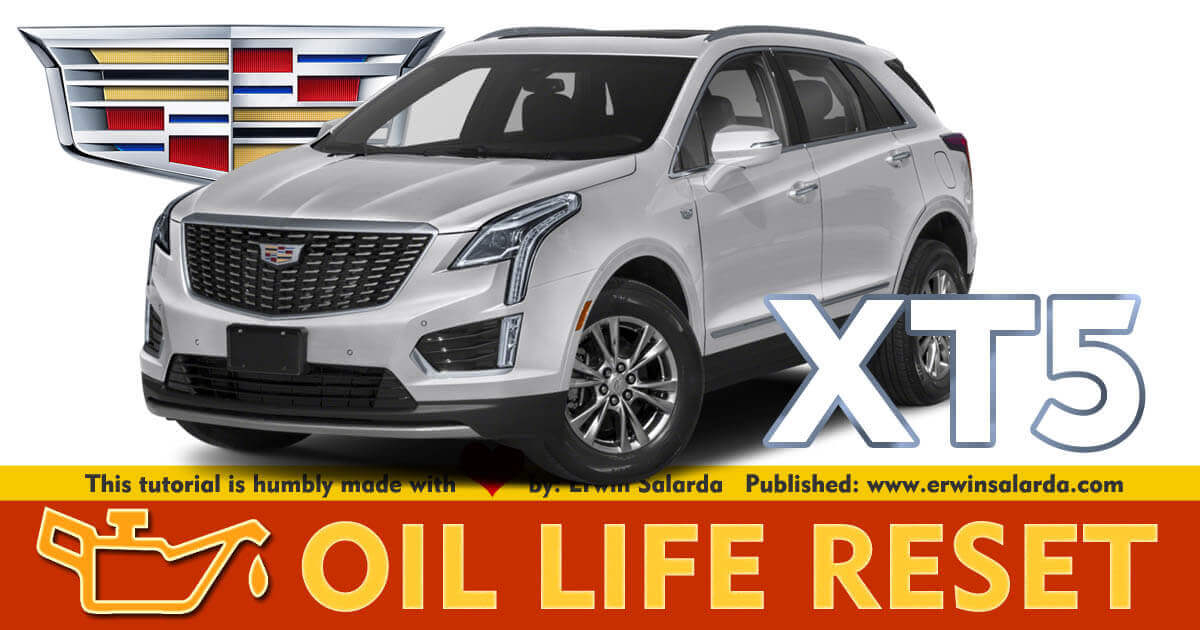 Quick and simple tutorial on how to reset the oil service maintenance reminder indicator message light on Cadillac XT5 from the year 2017-2018-2019-2020.

he Cadillac XT5 (short for Crossover Touring 5) is a compact luxury / D-segment crossover SUV manufactured by General Motors. It was introduced at both the Dubai Motor Show and LA Auto Show in November 2015. The XT5 replaced the Cadillac SRX crossover when it was launched in spring 2016. It is the second model to use Cadillac’s new alphanumeric naming scheme (after the CT6) and the first in the Crossover Touring (XT) series. The XT5 is manufactured at GM’s Spring Hill Manufacturing plant. The Chinese-market XT5 is manufactured in Shanghai by SAIC-GM.

The XT5 is currently Cadillac’s best selling model in the United States and globally.

The XT5 features technology such as a streaming video rear-view mirror, 360° view backup camera, and the first application in a Cadillac of GM’s Electronic Precision Shift, which replaces the standard hydraulic shifter with an electronic controller. This, together with a new lightweight chassis, results in a weight savings of 278 lb (126 kg) versus the outgoing SRX.

For the 2020 model year, the XT5 received several mid-cycle updates. The trim levels changed to Cadillac’s “Y” strategy, with Luxury as the base, and Premium Luxury and Sport as separate higher levels. The exterior design received only minor changes, with a new bright metallic patterned grille on the Premium Luxury, and a new darker grille on the Sport.

GM’s newest 2.0 L turbocharged I4 engine, producing 237 hp (177 kW) and 258 lb⋅ft (350 N⋅m) torque, replaced the previous engine in China, and became the new base engine in the North American market, joining the V6. A new rotary controller for the Cadillac CUE system was added, along with updates to the rear camera mirror and electronic precision shifter. (source:wiki)