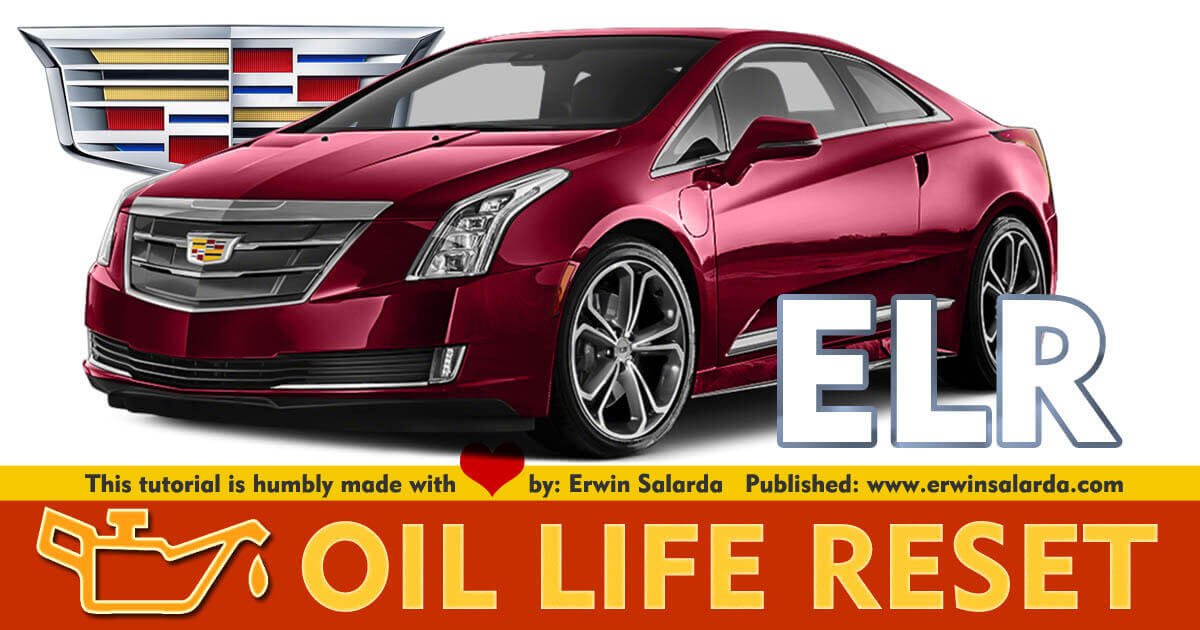 Step by step tutorial on how to reset the oil life service maintenance interval reminder indicator light on Cadillac ELR from the year 2014-2015-2016.

The Cadillac ELR is a two-door, four-passenger luxury plug-in hybrid compact coupé manufactured and marketed by Cadillac for model years (MY) 2014 and 2016 – with a hiatus for MY 2015. Using a retuned version of the Chevrolet Volt’s Voltec EREV drivetrain, the ELR’s lithium-ion battery pack delivers an all-electric range of 37–39 miles (60–63 km) and a top speed of 106 mph (171 km/h).

The ELR derived from Cadillac’s Converj concept, which debuted at the 2009 North American International Auto Show. Scheduled for production and subsequently canceled during GM’s bankruptcy and restructuring, and after a series of on-again, off-again decisions, the ELR was approved for production for MY 2014 with a MSRP at roughly $75,000 — $35,000 higher than the Volt whose basic powertrain it shared.

Styled under the exterior design direction of Tim Kozub, Cadillac presented the production ELR at the 2013 North American International Auto Show with retail deliveries beginning in the United States and Canada in December 2013.

ELR manufacture ended in February 2016 with a total production just under 3,000.(source:wiki_