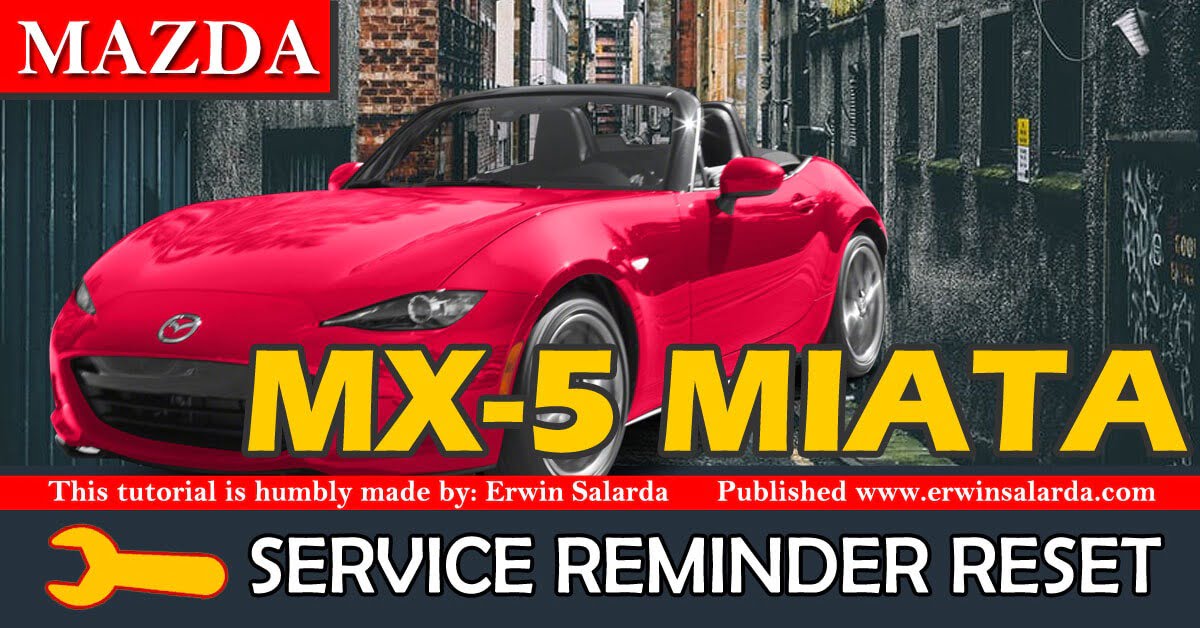 IF THE ABOVE TUTORIAL IS NOT APPLICABLE TO YOUR MAZDA MX-5 Miata MODEL. PLEASE FOLLOW THE INTRUCTION BELOW.

THESE TUTORIAL MAY ALSO WORK TO THE FOLLOWING CAR  MODEL.

The Mazda MX-5 is a lightweight two-passenger roadster sports car manufactured and marketed by Mazda with a front mid-engine, rear-wheel-drive layout. The convertible is marketed as the Mazda Roadster or Eunos Roadster in Japan, and as the Mazda MX-5 Miata in North America, where it is widely known as the Miata.

Manufactured at Mazda’s Hiroshima plant, the MX-5 debuted in 1989 at the Chicago Auto Show and was conceived and executed under a tightly focused design credo, Jinba ittai , meaning “oneness of horse and rider”. Widely noted for its small, light, technologically modern, dynamically balanced and minimally complex design, the MX-5 is the spiritual successor to 1950s and ’60s Italian and British sports cars, prominently the Lotus Elan.

As the best-selling two-seat convertible sports car in history, the MX-5 has been marketed globally, with production exceeding one million, as of early 2016. The name miata derives from Old High German for “reward” (source:wiki)