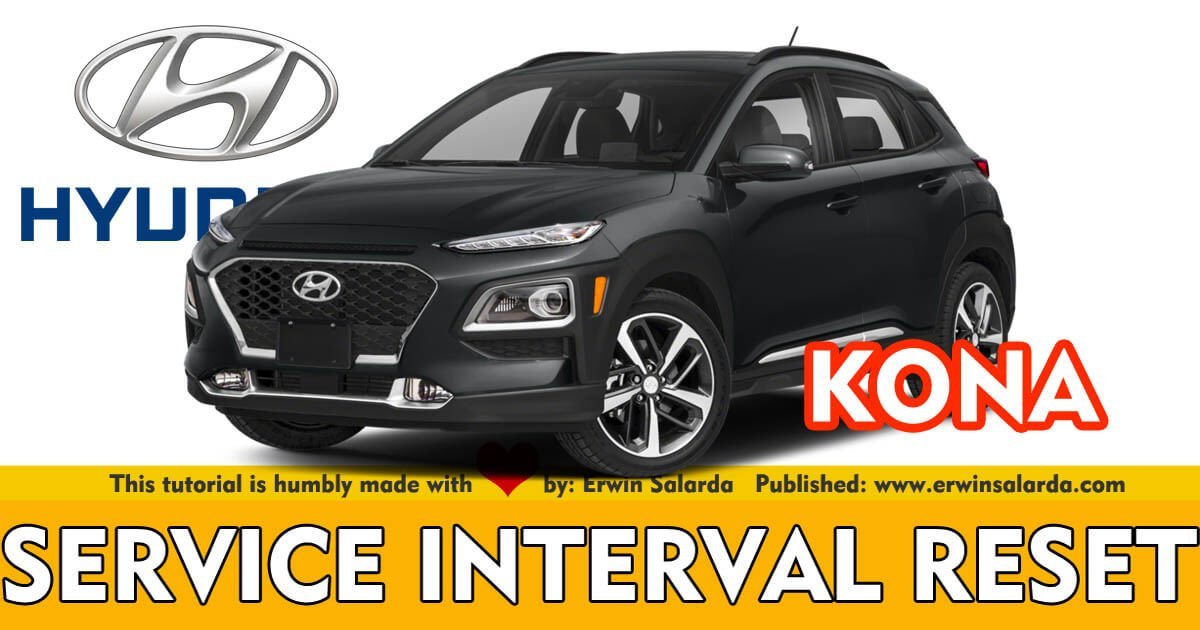 Step by step tutorial on how to reset the oil service required maintenance reminder indicator message light on Hyundai Kona from the year 2017-2018-2019-2020.

The Hyundai Kona is a five-door subcompact crossover SUV produced by the South Korean manufacturer Hyundai. The Kona debuted in June 2017 and the production version was revealed later that year. The electric version called the Kona Electric (or Kona EV) was first launched in South Korea on the first half of 2018 and rolled out gradually worldwide afterwards.

At the 2019 North American International Auto Show in Detroit, both the electric and non-electric versions were announced as the winners of the 2019 North American Utility Vehicle of the Year, the first for a subcompact crossover SUV in its award history. The Kona EV has a range of 415 km (258 mi). Real-world range tests conducted by What Car in early 2019 found that the Kona EV has the highest real-world range among electric cars for sale in the United Kingdom it is the electrical model of the fuel powered SUV Hyundai Creata.

The car is sold in Portugal as the Hyundai Kauai, as Kona is too similar to cona, the taboo slang word for the female genitalia in Portuguese. Like Kona, Kauai is a place in Hawaii. It is also Hawaiian for lady. In Spain, however, the car keeps its original name, although in Galician—language intimately related to Portuguese, spoken in the northwestern end of Spain—the word cona has the same taboo connotation.

In 2019, Hyundai released a special Iron Man edition Kona (co-branded with Marvel) to promote Avengers: Endgame. The limited edition Kona was finished in matte gray with red accents and features blue daytime running lights, Stark Industries graphics, an Iron Man-themed instrument cluster, arc reactor imagery, and Tony Stark’s signature on the dashboard.In the UK, 300 of the version were planned to be available.

In September 2020, Hyundai unveiled a facelift version of Kona, for both the original SUV as well as its N Line. The facelift primarily had exterior aesthetic changes, which Hyundai adding its new fludic design philosophy to both the Kona as well as Kona N. The new facelift also featured extra cargo capacity and rear seat legroom.

HOW TO RESET: Hyundai i10 Service Maintenance Light

HOW TO RESET: Hyundai i40 Oil Service Required