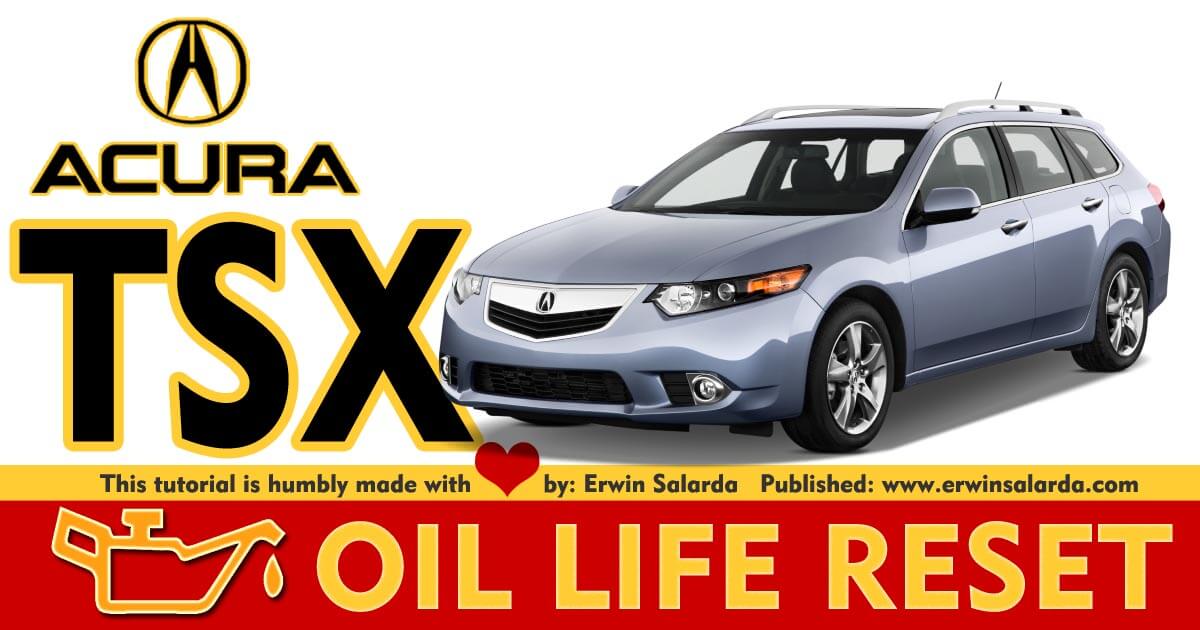 YOU CAN ALSO RESET THE SERVICE MAINTENANCE LIGHT USING THE SELECT/RESET BUTTON ON THE STEERING WHEEL.

THIS TUTORIAL MAY ALSO WORK TO THE FOLLOWING MODEL

The Acura TSX is a compact executive car manufactured by Honda and sold through its Acura division from 2003 to 2014. The TSX spanned two generations, both derived from the corresponding Japanese/European versions of the Honda Accord, which were more compact and sporting-oriented than its larger North American counterpart.

The first-generation TSX was introduced as a 2004 model in April 2003 as a rebadged version of the Japanese domestic market (JDM) Honda Accord 2.4 Type-S, with the exception of its interior, borrowed from the JDM fourth-generation Honda Inspire. It was succeeded by the second-generation TSX, introduced in March 2008 as a 2009 model and based on the eighth-generation JDM Accord. Notably, the final generation of the TSX would introduce a V6 option for 2010, and a wagon for 2011.

It was sold in North America under the Acura luxury marque, where it filled the gap as Acura’s 4-door, entry-level sedan when the Integra sedan was discontinued in 2001 (1996 in Canada since the EL was the Integra sedan’s replacement there) and would become Acura’s entry-level vehicle when the Acura RSX was discontinued in 2007. From 2007 until 2013, the TSX was the smallest vehicle in the Acura model line, other than the Civic-based CSX and the preceding Acura 1.6 and 1.7 EL sold only in Canada. In 2013, the smaller ILX was introduced in both the United States and Canada, based upon the Civic platform (replacing the CSX in Canada). All TSXs were built in Sayama, Saitama, Japan.

Honda discontinued the TSX and the larger TL during 2014 with the introduction of the TLX, which replaced both vehicles. (source:wiki)