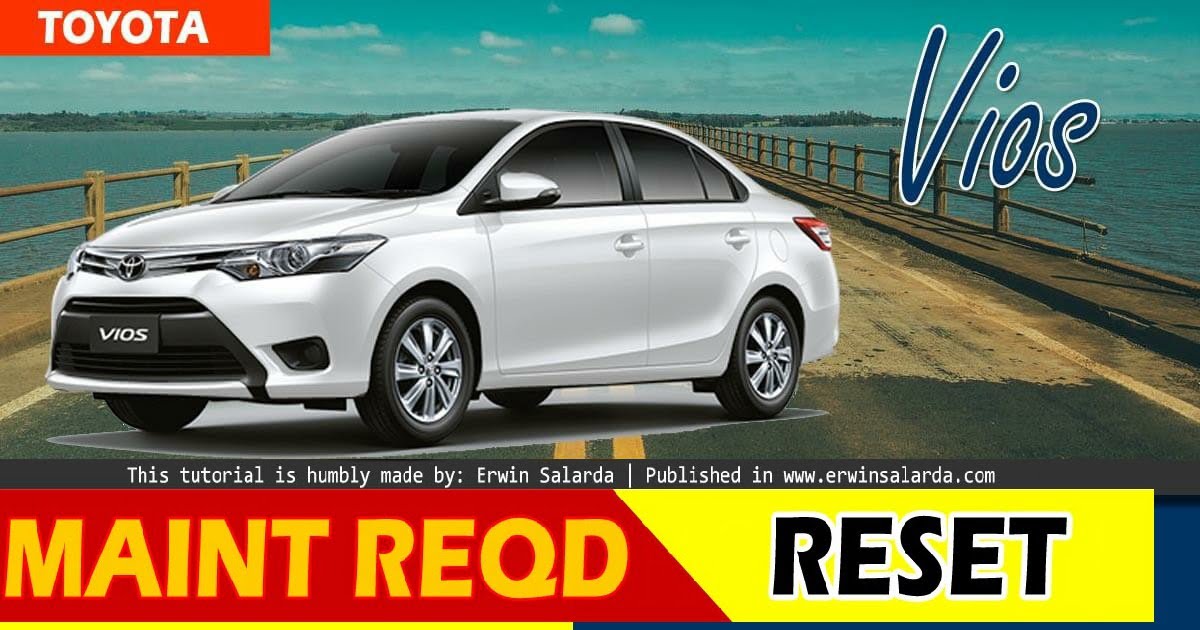 HOW TO RESET: TOYOTA VIOS

The Toyota Vios is a subcompact car produced by the Japanese manufacturer Toyota, primarily for markets in the Asia-Pacific region since 2002.

Along with the compact Corolla and mid-size Camry, the Vios serves as the replacement to the Tercel (marketed as Soluna in Thailand since 1997 and Indonesia since 2000), which filled the Asian subcompact or B-segment class in the region. From 2005, the Vios was also marketed alongside its hatchback complement known as the Yaris in many countries globally. The second generation Vios is known as the Belta in Japan and Yaris sedan in the United States, Canada, Trinidad and Tobago, Jamaica, the Middle East and Australia.

The “Vios” name is derived from the Latin word “vio”, meaning “to move forward”. (source:wiki)