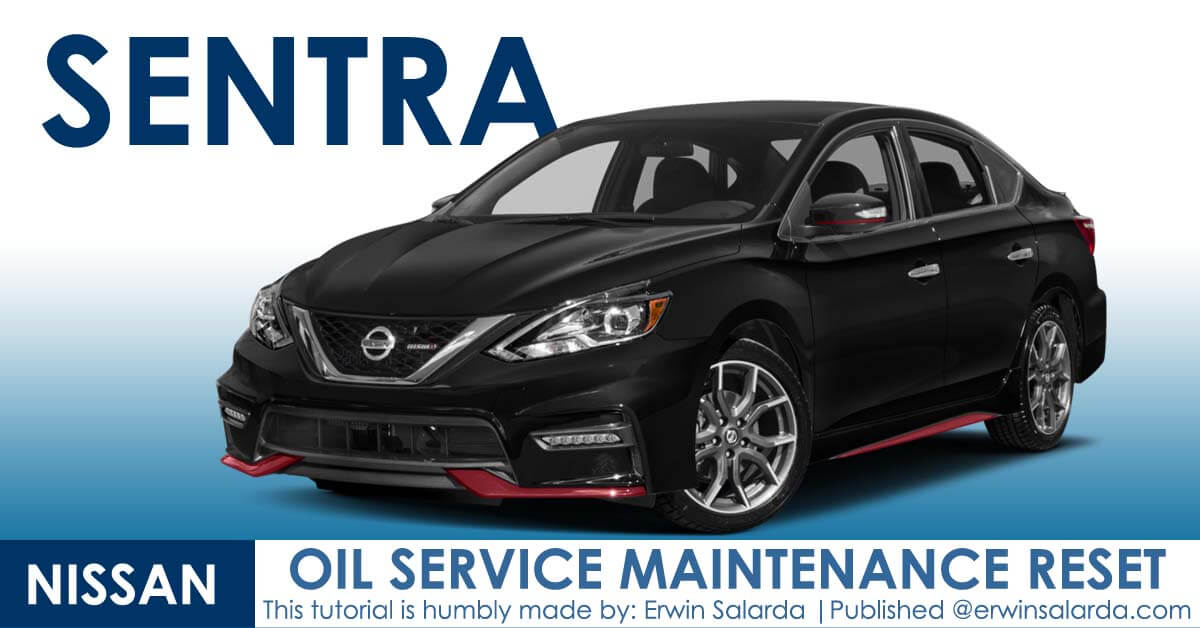 This tutorial may work to the following car model.

The Nissan Sentra is a car produced by Nissan since 1982. Originally subcompact in classification, for model year 2000 it was reclassified as a compact car. Until 2006, Sentra was a rebadged export version of the Japanese Nissan Sunny, but since the 2013 model year, Sentra is a rebadged export version of the Nissan Sylphy B17. The Sentra nameplate is not used in Japan. Many other countries in South America sell their versions of the Sunny as the Sentra. In Mexico, the first three generations of the Sentra were known as the Nissan Tsuru (Japanese for crane), and the B13 model was sold under that name until 2017, alongside the updated models badged as Sentra.

In North America, the Sentra currently serves as Nissan’s compact car, despite being rated as a mid-size car by the EPA due to its interior volume since the 2007 model year. While previous Sentras were subcompacts, the Sentra has grown over the years, with the Nissan Versa having replaced the Sentra in the entry-level area.

The Sentra name was created for Nissan by Ira Bachrach of NameLab, and Bachrach describes the origin as “Nissan wanted consumers to understand that it was quite safe even though it was small. The word Sentra sounds like central as well as sentry, which evokes images of safety. (source:wiki)

The 2013 remake diminished steering feel and left ride quality below par. Equipment levels are good, but the interior feels cheap and the engine is a bit noisy. Stability control, traction control, and antilock brakes are standard. Fuel economy with the CVT rose to a respectable 29 mpg. If you’re seriously shopping Sentra, the SV trim line is the way to go. The base S is too stripped-down, while the higher SR and SL lines are just gilding a mundane basic sedan. The SV Driver Package brought push-button start and the Navigation Package included a backup camera. Changes for 2015 included a standard USB port and Bluetooth on all models.(source: consumereport)