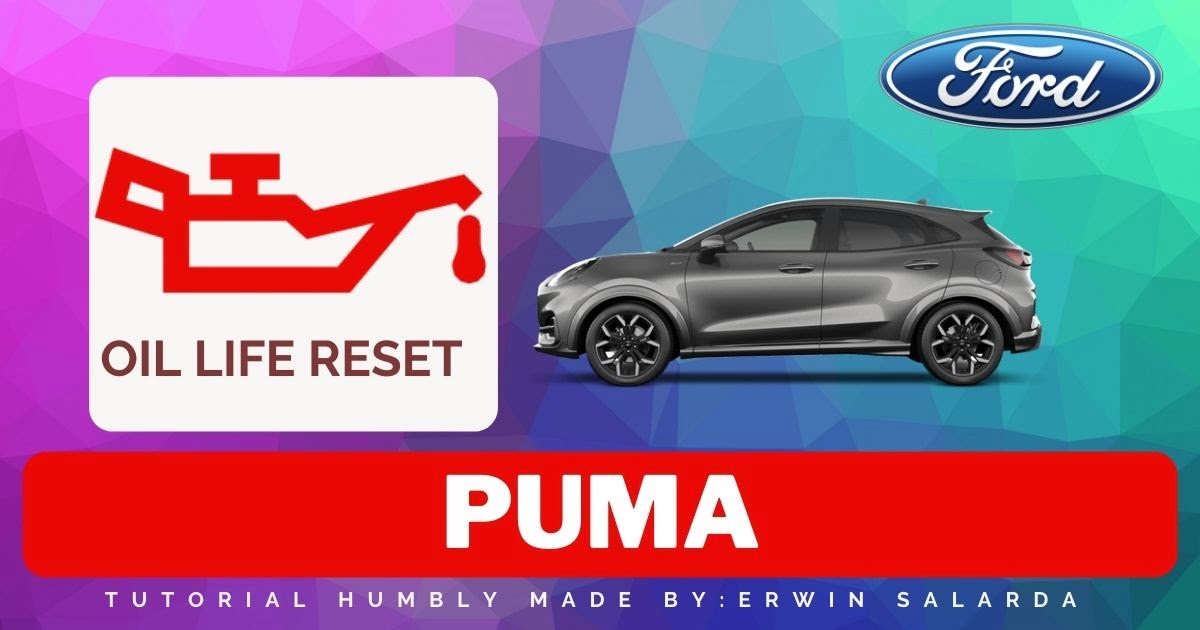 Quick and simple tutorial on how to reset the oil service maintenance reminder indicator light on Ford Puma from the year 2019, 2020.

NOTE: OIL RESET IS NECESSARY AFTER THE OIL CHANGE.

The Ford Puma is a subcompact crossover SUV marketed by Ford Europe. The vehicle was named “Car of the Year” by What Car? in January 2020.

Ford first announced the revived nameplate Puma, which was last used on the Puma sport compact, at its event Go Further in Amsterdam, along with the introduction of the third-generation Kuga.

The Puma is offered with a mild hybrid 1.0 litre EcoBoost three cylinder turbo gasoline engine with a belt driven integrated starter, which uses energy from the braking system to charge the forty eight volt lithium ion battery pack in order to increase torque and lower emissions. Power is rated at 153 bhp (155 PS), 114 kW, and 240 N⋅m (180 lb⋅ft) with an additional 50 N⋅m (37 lb⋅ft) from the integrated starter system.

It is based on the seventh generation Fiesta chassis (Ford global B-car platform).

Production of the Puma started in Craiova, Romania (Ford Romania) in October 2019 along with the EcoSport subcompact crossover and the EcoBoost 1.0 L Fox engine used in both cars. Ford invested two hundred million euros, and employed 1,700 people on the project.

The vehicle is only available for the European, Australian and New Zealand markets, with sales starting in Europe from 2019 and sales in Australasia from the end of 2020. (source:wiki)

This tutorial is humbly made by Erwin Salarda. Thank you 🙂