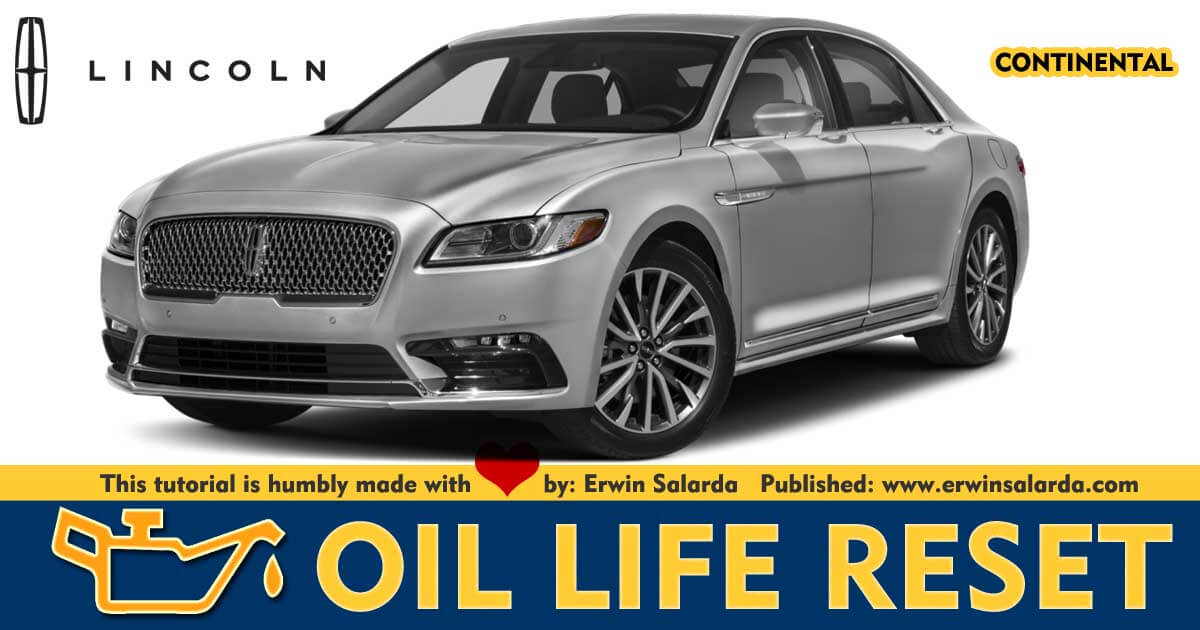 Quick and easy to follow tutorial with an image guide on how to reset the oil service maintenance reminder indicator light on Lincoln Continental from the year 2017-2018-2019-2020.

The Lincoln Continental is a series of mid-sized and full-sized luxury cars produced by Lincoln, a division of the American automaker Ford Motor Company. The model line was introduced following the construction of a personal vehicle for Edsel Ford, who commissioned a coachbuilt 1939 Lincoln-Zephyr convertible, developed as a vacation vehicle to attract potential Lincoln buyers. In what would give the model line its name, the exterior was given European “continental” styling elements, including a rear-mounted spare tire.

As part of its entry into full-scale production, the first-generation Continental was the progenitor of an entirely new automotive segment, the personal luxury car. Following World War II, the segment evolved into coupes and convertibles larger than sports cars and grand touring cars with an emphasis on features, styling, and comfort over performance and handling. From 1956 to 1957, the Continental nameplate was the namesake of the short-lived Continental Division, marketing the 1956–1957 Continental Mark II as the worldwide flagship of Ford Motor Company; as a second successor, Ford introduced the Continental Mark series in 1969, produced over six generations to 1998.

Along with the creation of the personal luxury car segment, the Lincoln Continental marked the zenith of several designs in American automotive history. The Continental is the final American vehicle line with a factory-produced V12 engine (1948), the final four-door convertible (1967), and the final model line to undergo downsizing (for the 1980 model year). (source:wiki)