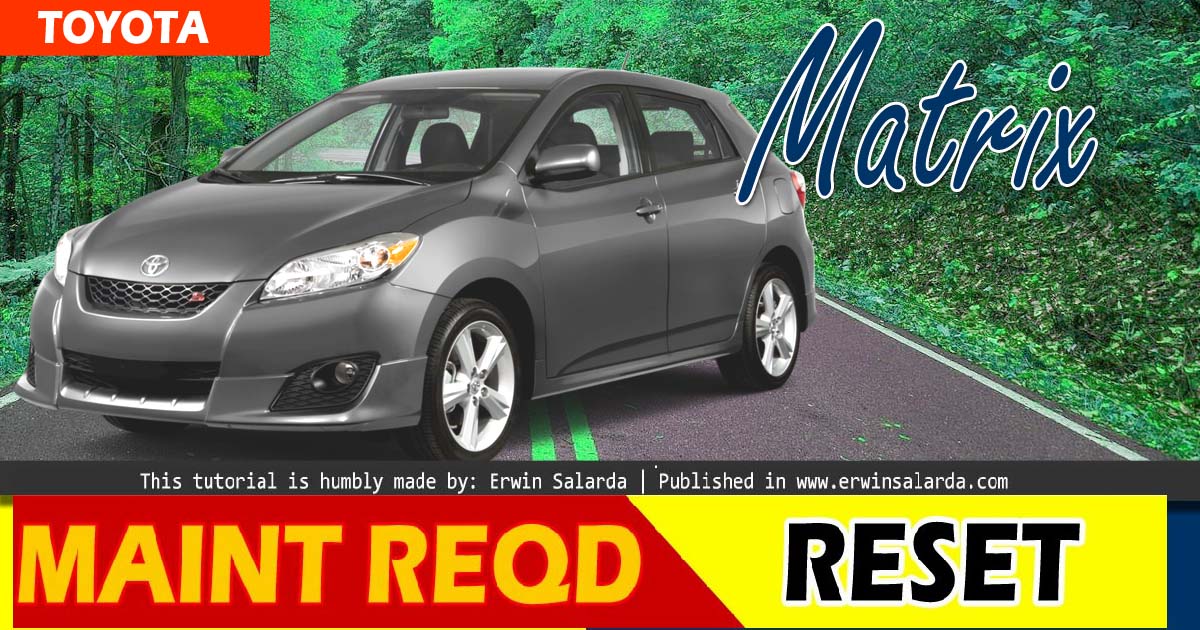 THESE TUTORIAL MAY WORK ALSO TO THE FOLLOWING MODEL

The Toyota Matrix, officially referred to as the Toyota Corolla Matrix, is a compact hatchback manufactured by Toyota Motor Manufacturing Canada in Cambridge, Ontario, Canada and derived from the Toyota Corolla. Introduced in 2002 as a 2003 model, the Matrix is the result of a joint venture between Toyota and General Motors, with the GM version being the Pontiac Vibe, which was assembled by New United Motor Manufacturing, Inc. (NUMMI) in Fremont, California, United States.

Officially sold in North America until being discontinued, the Matrix was positioned as a sporty hatchback counterpart of the North American Corolla and was counted as a variant of it in Toyota’s sales figures.

Although identical mechanically, and nearly as much internally, the Matrix and Vibe had different sheetmetal and exterior trim designed by their respective brands. Both vehicles are narrow, tall station wagons styled in a quasi-SUV fashion (called a crossover utility vehicle or “CUV” by Toyota) and marketed to a fairly youthful market segment. This type of car is also commonly referred to as a sport wagon.

First sold in February 2002,[5] the Matrix saw a minor facelift for the 2005 model year, and was redesigned completely in 2008 for the 2009 model year, following the tenth generation Corolla. Sales of the Matrix were discontinued in the United States in 2013 and in Canada in 2014. (source: wiki)