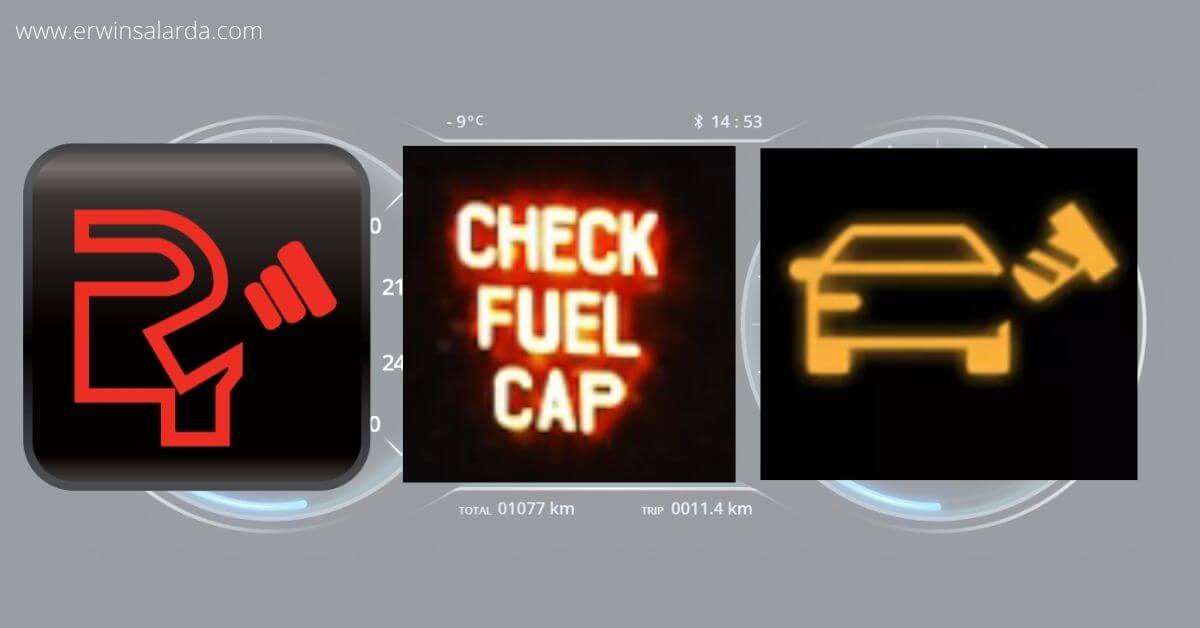 The Gas Cap. This fuel system must be completely isolated from the outside air in order for it to function correctly. When the gasoline cap is closed, a rubber O-ring prevents vapors from escaping. While you’re driving, your vehicle can monitor the system for any potential leaks and illuminate a warning light on the dashboard if one is found.

Your vehicle, as you may know, flows liquid gasoline from the fuel tank to the engine, where it is ignited by the spark plugs. Your vehicle may also contain some evaporating gasoline, which is subsequently delivered to the engine to be used up. The gas that has evaporated is collected in a separate tank known as the charcoal canister. When specific driving circumstances are satisfied, an engine valve opens, allowing the gasoline vapors to mingle with the remainder of the fuel being burnt.

The meaning of the fuel cap indication

Simply stated, if your fuel cap indicator is on, it indicates that the computer has identified a leak in the system, most likely caused by a faulty gas cap. If this light illuminates while driving, pull over to a safe location and re-secure the cap. Continue driving normally with the light on, and it should fade off in a day or two. If the light does not turn off, check the gas cap for damage and replace it as needed.

A leak elsewhere in the system may potentially fool the computer into believing the gas cap is leaking. If the gas cap seems to be in good condition but the light does not turn off, have a trained technician examine the problem and identify the reason.

Is it safe to drive when the gasoline cap indication is turned on?

If the light is turned on, the primary thing you’ll notice is a small drop in performance. Your engine needs to work harder to get up to speed with less power. As a consequence, your gas mileage will somewhat decrease. Furthermore, you are most certainly emitting hazardous substances into the atmosphere.

Because of the hydrocarbons produced by gasoline, our air quality would be considerably worse without properly functioning EVAP systems in every vehicle. Maintaining your EVAP system also guarantees that you get the maximum mileage out of your gasoline.

5 Signs Of A Faulty Gas Cap

1. Outside of the vehicle, there is a strong odor of gasoline.

Because it no longer closes the tank as it should, a defective gas cap might allow fuel vapors to escape from the vehicle. This will result in a gas smell on the outside of the vehicle, as well as on the interior.

There are a variety of additional (severe) reasons why fuel vapors are escaping from your car’s fuel delivery system. Here’s a longer article that goes into more detail about why your car smells like gas.

2. The Check Engine Light is On

A faulty gas cap might cause issues with your vehicle’s fuel system. Modern automobiles have a sophisticated, highly pressurized fuel delivery system that runs from the gas cap to the fuel injectors. If there is a problem with the fuel system, the engine will perform poorly and the check engine light will blink on the dashboard.

A faulty gas cap can let dirt or water vapor into the gas tank, contaminating the gasoline and causing difficulties with the vehicle’s performance. If this happens frequently, it can lead to a clogged fuel filter and damage to the fuel injectors.

If the gas cap no longer seals the gas tank, enabling fuel vapor to escape or pollutants to enter the gasoline, the vehicle’s Evaporative Emission System will most likely malfunction (EVAP).

Modern vehicles have an EVAP system that controls the evaporation of fuel vapors from the gas tank. If there is a leak (due to a defective or failed gas cap), the EVAP system will generate an error, which will be stored in the ECU memory. A check engine light on the dashboard or changes in how the engine runs can be caused by an engine code problem.

Poor fuel economy might be caused by a faulty gas cap. If the gas cap does not properly seal the gasoline tank, the fuel can become polluted, and in rare situations, the fuel can even evaporate.

Fuel escaping from the tank is mainly just a concern for older vehicles, as newer tanks are equipped with one-way devices that prevent fuel and fuel vapors from escaping through a loose gas cap. However, allowing the fuel to escape as vapor will result in lower fuel economy because the fuel will really disappear from the tank!

Fuel contamination might also result in low fuel economy since the fuel injection management system will struggle to keep up.

It may seem obvious, but a gas cap that does not fit or tighten properly is a common symptom of a defective gas cap. This is more prevalent on older vehicles with metal rather than plastic gas caps, but it can also be a problem with contemporary automobiles.

Newer gas caps are composed of plastic and feature rubber seals to keep the gas cap airtight. These seals can wear out over time, becoming hard and brittle. Dirt and dried fuel (especially if it’s a diesel fuel tank) can block them up as well. All of these factors can contribute to a difficult-to-fit gas cap that won’t tighten properly.